For all of its progress, today’s solar industry relies on legacy technologies with inherent cost and efficiency limitations. The next great wave of solar growth will be fueled by innovations that dramatically boost the energy harvest of every solar installation. CubicPV’s technologies, Direct Wafer™ manufacturing and durable perovskite materials, are at the vanguard of a barrier-breaking solar future defined by powerful tandem modules.

“Tandem solar modules are likely the next game changer in solar and have a chance to disrupt the industry dominance of silicon-only cells. We invested in CubicPV because it has a path to being the first to commercialize the tandem technology.”

The Cubic in CubicPV refers to the shared cubic crystal structure of both silicon and perovskite, as well as the exponential increase in power delivered by the tandem modules built from both materials. 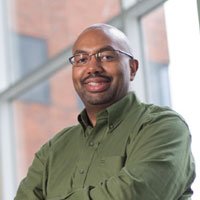 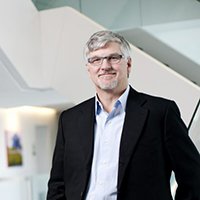 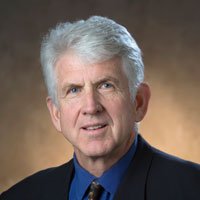 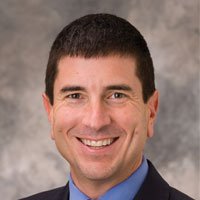 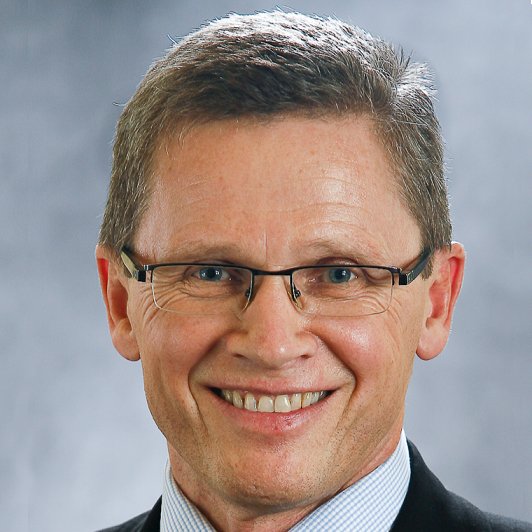 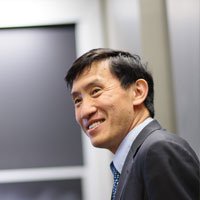 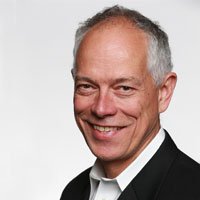 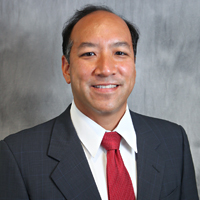 Carmichael is a successful entrepreneur-investor with experience building companies and commercializing university based technology in partnership with Fortune 500 companies.

As a General Partner at North Bridge Venture Partners, Carmichael financed and built several successful companies that create innovative products by applying material science, including CubicPV, Foro Energy, and MC10. Prior to North Bridge, Carmichael co-founded several ventures and the non-profit Diagnostics For All, and served as President and CEO of Arsenal Medical.

Carmichael received his BS and PhD in organic chemistry from Duke University and completed his postdoctoral National Science Foundation fellowship at Harvard University. Carmichael also has an MBA from MIT Sloan School of Management.

Bill Burgess is a Partner with North Bridge Venture Partners. Previously he was Managing Partner of ABS Ventures. Bill has worked closely with emerging growth technology companies as an investor and adviser throughout his career. Prior to venture capital, Bill advised technology companies for two decades in matters of corporate finance and M&A primarily at Alex. Brown & Sons and subsequently at Deutsche Bank where he held several management positions including Vice Chairman of Global Corporate Finance and Head of DB Venture Partners.

Bill has deep experience on boards of public and private corporations as well as not-for-profit organizations. He currently serves as a board member of Actifio, Salsify and CubicPV among for-profit corporations. In addition, Bill serves on the boards of the Appalachian Mountain Club, Bigelow Laboratory for Ocean Sciences (Treasurer), Dartmouth College (Vice Chair), Issue One (Executive Committee) and St. Mark’s School (Past Chair and current Campaign Chair). Bill chaired the board of The New England Aquarium for a decade through 2013. Leadership duties have included Finance, Advancement, Capital Campaign, Executive Search and Strategic Planning.

He holds a BA from Dartmouth and an MBA from Harvard Business School.

Dr. Robert “Bob” Metcalfe is Professor of Innovation and Murchison Fellow of Free Enterprise in The University of Texas at Austin’s Cockrell School of Engineering. Dr. Metcalfe was an Internet pioneer at MIT starting in 1970 and in 1973 received his PhD from Harvard for Packet Communication. He invented Ethernet in 1973 and founded 3Com Corporation (now part of HP) in 1979.

For nearly a decade, Bob was a venture capitalist at Polaris Partners, where he invested in early-stage technology companies.

In 1980, Bob received the Hopper Award from the Association for Computing Machinery (ACM).
In 1988, he received the Bell Medal from the Institute of Electrical and Electronics Engineers (IEEE).
In 1995, Bob was elected to the American Academy of Arts and Sciences.
In 1996, he received the IEEE’s Medal of Honor.
In 1997, he was elected to the National Academy of Engineering, and in 1999, to the International Engineering Consortium.
In 2003, Bob received the Marconi Prize and was inducted into the prestigious Bay Shore High School Hall of Fame.
In a 2005 ceremony at the White House, Bob received the National Medal of Technology for his leadership in the invention, standardization, and commercialization of Ethernet.
Bob entered the National Inventors Hall of Fame in 2007.

Bruce Sohn is passionately committed to growing US manufacturing and reducing the adverse effects of energy on our global environment. He is currently a Principal at MEGE Associates where he is focused on addressing the unique needs of building manufacturing businesses in the greentech, electronics and energy products industries.

He was previously President of First Solar and served on the Company’s Board of Directors during the formative and growth years. During his tenure, annual corporate revenue grew to $3.5B and the company became the largest photovoltaic module manufacturer and builder of utility scale solar power plants in the world.

Bruce had been at Intel Corporation for 24 years. He played a leadership role in developing and manufacturing leading-edge semiconductor technology and was a primary developer of Copy Exactly! He served as an integral part of the start-up team at five Fabs, was program manager for Intel’s conversion to 300mm wafers and managed Intel’s two largest, multi-billion dollar Fabs.

Bruce is an engineering graduate of the Massachusetts Institute of Technology, is a certified Jonah and has been a guest lecturer at several universities including MIT, Stanford and Harvard. Tohoku University honored him with the designation of sensei for his semiconductor industry leadership.

Bruce chaired the US Commerce Department’s Manufacturing Council for the President of the USA and was a Clean Energy Ambassador to the WWF. He is a member of the National Association of Corporate Directors and a Senior Member of IEEE.

Reidar Langmo has more than a decade of clean energy expertise. He was one of the founders of both ScanWafer (1994) and REC (2000), which became one of the world’s leading solar companies.

Reidar held positions as chairman and CEO both in REC and its subsidiaries. He played a key role in connection with REC’s strategic acquisitions of ASiMI’s silicon plants both in 2002 and 2005. In 2006, REC had the most successful clean energy IPO to date with an $8B market cap.

Professor Huang founded and runs the China Lab and the India Lab, which aim to help entrepreneurs in those countries improve their management skills. He is an expert source on international business, political economy, and international management. Prior to MIT Sloan, he held faculty positions at the University of Michigan and at Harvard Business School. Huang also served as a consultant to the World Bank.

His research has been profiled in many publications, including The Wall Street Journal,The Economist, Businessworld, Le Monde, the Economic Times, as well as in numerous Chinese publications. He also has contributed to the Financial Times, The New York Times, and Foreign Policy.

In addition to academic journal articles, Professor Huang has published Inflation and Investment Controls in China (1996), FDI in China (1998), Selling China (2003, Chinese edition, 2005), Financial Reform in China (2005, co-edited with Tony Saich and Edward Steinfeld), and Capitalism with Chinese Characteristics (2008, Chinese edition, 2010). Capitalism with Chinese Characteristics is a detailed narrative account of history of economic reforms in China. It is based on detailed archival and quantitative evidence spanning three decades of reforms and was selected by the Economist magazine as one of the best books published in 2008.

Frank van Mierlo is the CEO of CubicPV, which is creating a solar future defined by more powerful tandem solar modules and dramatic reductions in the cost of electricity. Frank has more than 25 years of experience in sales, marketing, business development and engineering at leading technology companies across the globe. Prior to his work with CubicPV, he was the co-founder and CEO of Bluefin Robotics Corporation, another MIT spin-out which was sold to Battelle in 2005. Frank holds a Bachelor of Science in Mechanical Engineering from MIT, a Master of Science in Mechanical Engineering from Stanford and a Master of Business Administration from INSEAD.

Victor Liu is president of Hunt Energy Enterprises where he leads Hunt’s energy technology venture and investment business. Victor helped found and create Hunt’s new ventures in Motive Drilling Technologies (acquired by Helmerich & Payne), Hunt Perovskite Technologies (merged with 1366 into CubicPV), Hunt Energy Network (software and service for utility scale battery management), Hunt’s new GEO and ANT Battery ventures. Prior to leading HEE, Victor helped develop Hunt’s InfraREIT venture which IPO’d in 2016. Before joining Hunt in 2006, Victor was active in high tech venture capital as a general partner with Vortex Partners from 2000 to 2005, and Sevin Rosen Funds from 1999 to 2000. As a venture capitalist, he was active in internet infrastructure and wireless investment decisions that included Cyneta Networks (acquired by Tektronix), Navarro Networks (acquired by Cisco Systems), ipMobile (acquired by Cisco Systems), RealManage and GlobeRanger. Before his venture capital career, Victor worked in new product and new business commercialization as director of business development for Cyrix Corporation (acquired by National Semiconductor), and as a product manager at Texas Instruments in the DLP™ business.